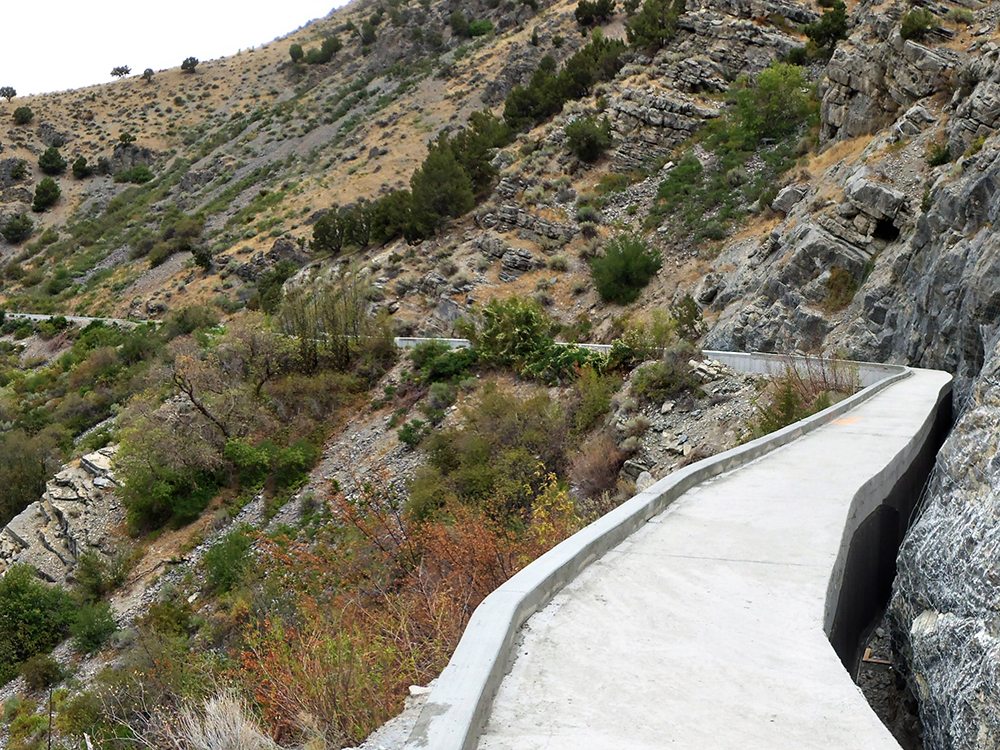 J-U-B was the Project Manager for the Cache Water Restoration Project (CWRP). The CWRP enclosed six miles of open canal in box culvert, concrete pipe, HDPE pipe and PVC Pipe to restore water to irrigation shareholders that was lost in 2009 from a breech in the canal.

With the challenges of construction along a cliff in Logan Canyon, narrow easements and residential neighborhoods, the risks associated with the project were greater than normal. Understanding the increased risk, limited budget and urgency to get water restored to the canal shareholders, the team elected to use a construction manager/general contractor approach (CMGC). This approach reduces risk by procuring the CMGC early in the design process to assist in design, review of plans and providing innovation that can save money and reduce schedule. After sufficient design is complete, the CMGC prepare a Guaranteed Maximum Price (GMP) for which they complete the work. This price is based upon unit prices obtained during the CMGC proposal process as well as a predetermined overhead and profit amount. The price is compared against an Independent Cost Estimate (ICE) to ensure it is fair to the client. Once negotiations were complete, the contract was finalized and the CMGC began work.

The canal enclosure consisted of installation of a five by five foot box culvert in the existing nine foot wide canal along a canyon wall with vertical slopes upslope and downslope. It also included construction through residential neighborhoods within a very narrow easement. At certain locations the easement was 35-feet wide and contained a 66-inch concrete transmission pipeline, a 24-inch turnout pipeline, a 30-inch storm water pipeline and surface water channel which restored the historic look of the canal.

This process has saved the CWRP upwards of $500,000. By working with the CMGC during design, the team reduced the number of rebar splices in the concrete box culvert saving the project over $250,000. The CMGC also proposed using a custom meter barrel rather than a precast concrete box. The barrel was made of HDPE pipe and was tested for traffic rated loadings prior to installation. This saved the project nearly $1,000 per meter barrel. The CMGC also proposed construction methods to save time. By proper planning of the project, the CMGC was able to utilize many crews in multiple locations in areas of limited access to complete the work at an accelerated schedule. In addition to the budget and schedule savings, change orders were greatly reduced using the CMGC approach due to the involvement of the CMGC in the design of the project.

The $20 Million CWRP was completed approximately one year after beginning construction; one year ahead of the expected completion date.

The Natural Resource Conservation Service (NRCS) was the primary funding agency for the project. The CWRP received 75% funding through the Emergency Watershed Protection (EWP) Program administered by the NRCS. J-U-B worked closely with them to meet their standards and funding requirements for the Project.