The genesis for the Columbia River Crossing Study came from increasing congestion on the Pasco-Kennewick Bridge, officially the “Pioneer Memorial Bridge” and locally known as the “Blue Bridge.” As the situation gained attention, not only did the Cities of Pasco and Kennewick express interest in an appropriate solution, other affected agencies began to join the discussion, including the Benton Franklin Council of Governments (BFCOG). That interest culminated in an agreement wherein a regional study was funded among the local agencies and the Legislature to consider not only the Blue Bridge, but to look at all reasonable alternatives for a new Columbia River Crossing in the area.

The Issues.   As a member of a team including H.W. Lochner out of Bellevue, Washington and J-U-B Engineers out of Kennewick, Washington, The Langdon Group was hired to manage the public involvement process on a limited budget. This posed the significant challenge of reaching and effectively engaging four distinct communities (including the City of West Richland) to guide a process of determining 2-3 potential crossing locations for further study, from an initial list of 10.

Addressing The Issues.   Online media would played a key role in the process. In April 2010, The Langdon Group launched a project website, Twitter page, E-Newsletter and online survey to provide the community with up-to-date information and receive valuable public input.

Our strategy was to utilize the local media and existing stakeholder email databases as a means to drive the public to the website. At the May 20, 2010 Steering Committee meeting, input from the public helped refine the initial 10 crossing alternatives to four.

In August 2010, a second survey was launched and due to media coverage responding to the news release. Survey data ultimately revealed three preferred crossing locations, approved by the Steering Committee for further study.

Results and Benefits.  The plan to utilize online media tools worked— In response to exceptional media coverage, the website generated over 1,100 survey responses and 300 written comments were received from the first survey. Nearly 700 members of the public provided online input from the second survey.

Unique and memorable.  Some traditional public involvement techniques were utilized (Public Open House and information booth at the County Fair), but the comments gathered through those processes were minimal compared to the input gathered via the online tools. Some public comments received praised the approach as the most effective way of reaching this diverse community. 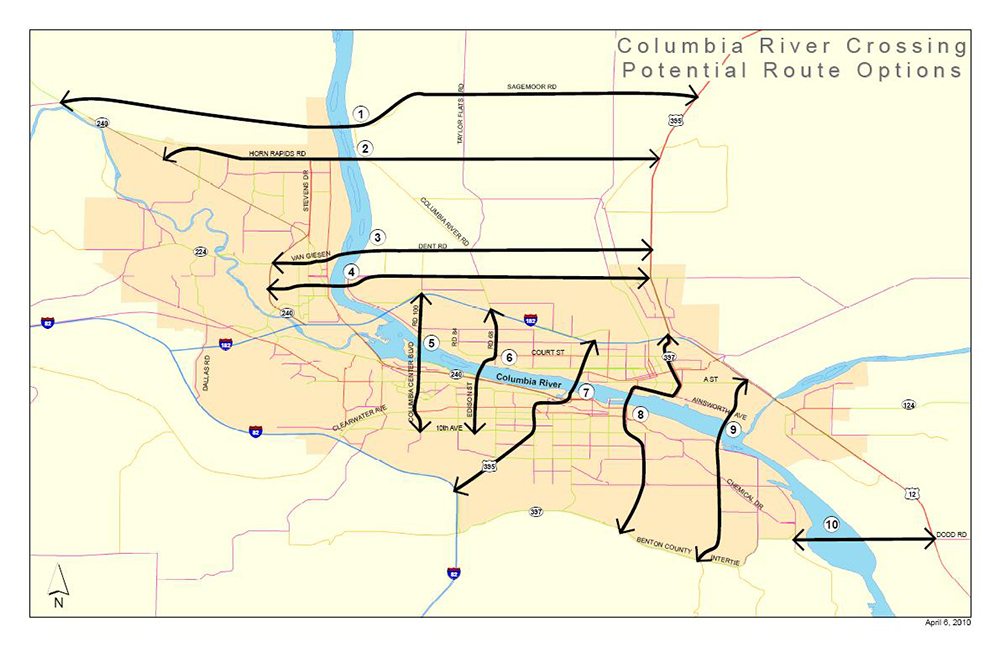 How can we help? Connect with our Specialty Services Group
specialty@jub.com