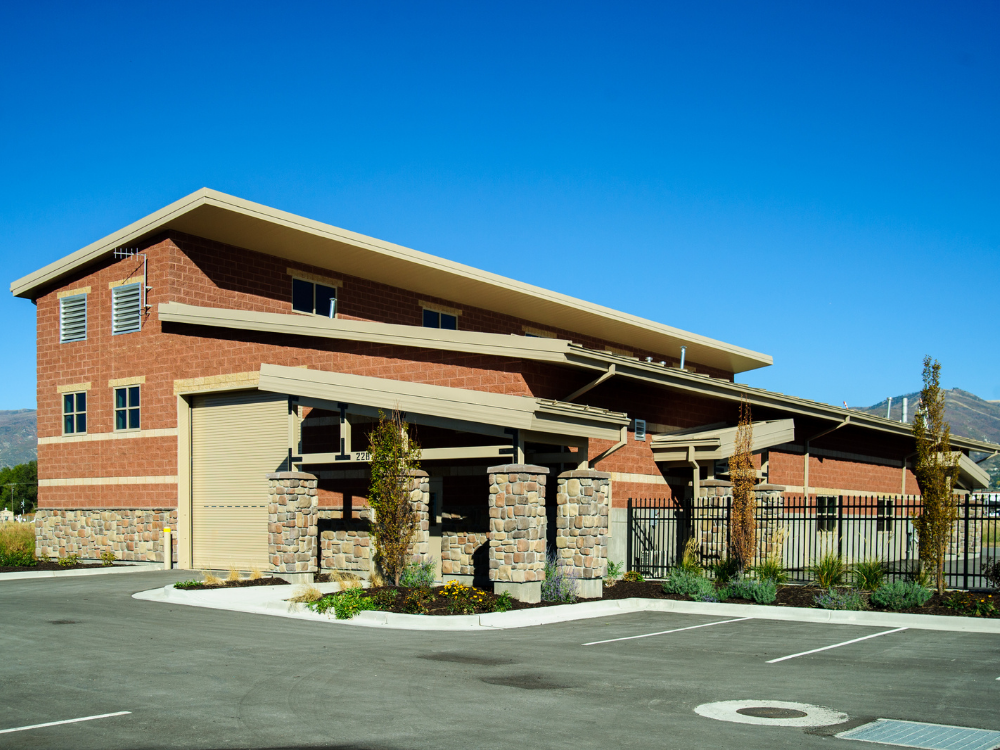 Woods Cross City produces more than 90 percent of its drinking water supply from groundwater wells located throughout the community. The city discovered that perchloroethylene (PCE) was present in four of the city’s five wells. Concerned about the continued impact of PCE on its water supply, the city took the initiative to educate the public and transparently resolve the issue.

J-U-B subsidiary, The Langon Group (TLG), assisted them to achieve this objective by organizing and facilitating a series of interviews, public meetings, and open houses. The public participation and input gathered contributed to the city’s decision to design and construct a drinking water treatment facility.

J-U-B completed a Facility Plan and designed a long-term solution to the City’s well issues. The solution included bag prefilters to remove sand and other suspended material, pressurized granular activated carbon adsorbers to remove the organic contaminant, and an onsite sodium hypochlorite generation system. J-U-B helped the City procure the GAC pressure vessels prior to the design of the facility to ensure that the vessels would be fully integrated with the mechanical piping inside and outside the building. The project also included the structural design of a 5,800 square foot building with a brick façade. Site planning challenges included numerous existing utilities in a tight footprint. The $5 million project also included distribution and transmission lines. The adsorbers use coconut carbon GAC.  The building is designed to allow a truck to remove spent GAC and replenish the GAC in the adsorbers.

J-U-B helped the City solicit funding from the Utah State Division of Drinking Water and worked with the State to address environmental concerns. J-U-B also assisted with public relations to obtain an unprecedented 85% approval rating for the project and the associated water utility rate increase. The finished facility has an average-day capacity of 1,000 gpm, 2,000 gpm for peak-hour flows and 3,000 gpm for future flows.