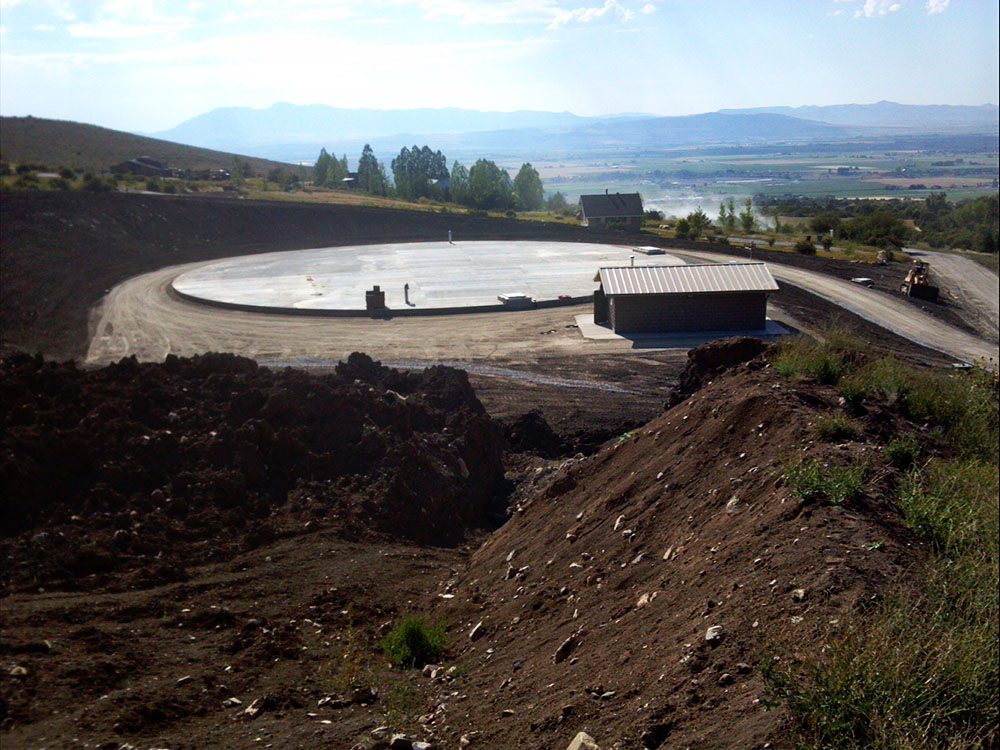 Richmond City had concerns that they did not have adequate water storage for the existing residents and businesses let alone adequate storage for future growth. Ideally they wanted long lasting storage in a place that would help meet current needs as well as give them flexibility to take them into the future.

How we addressed the issues: J-U-B met with the City and staff to determine existing storage needs as well as those well into the future. It was determined where and what types of growth were anticipated to occur in that timeframe. With that information in hand, J-U-B identified several potential tank locations, which were then reduced to one location after factoring in several variables. J-U-B then invited bidders to propose on two different types of concrete tanks so that the City could assure they were getting what they needed at a fair cost.

The Results: The City was very pleased with the project. The tank has proven to be an enormous asset to the community. In the past, when the existing tanks were full, excess spring water would run down the ditch to waste. With the new tank, that wasted water is now captured, stored, and made available for use by the residents and businesses. Before and during design, nobody realized that the City would receive this side benefit.

The Benefits: Because of this tank project, Richmond City saw increased storage capacity for both the existing community as well as providing for future growth. Because of the tank, the City has an increased flexibility for growth. The City has additional savings by not having to utilize their pump. Historically, the springs would taper off to a point that the tanks could not refill from that source on its own, but now that water sits in reserve for those refill periods.

Unique and memorable: The part of this project that stands out the most is when the hillside behind the tank excavation slid in. In excess of 20,000 cubic yards of the hillside had to be removed to allow for the tank to be built. Though a geotechnical investigation of the site had been conducted, this potential was unanticipated and unknown until construction started. The design of the tank did not require modification though because it was determined that once restored to a near pre-construction slope, the hill would no longer move.

How can we help? Connect with our Site Development Group
land@jub.com