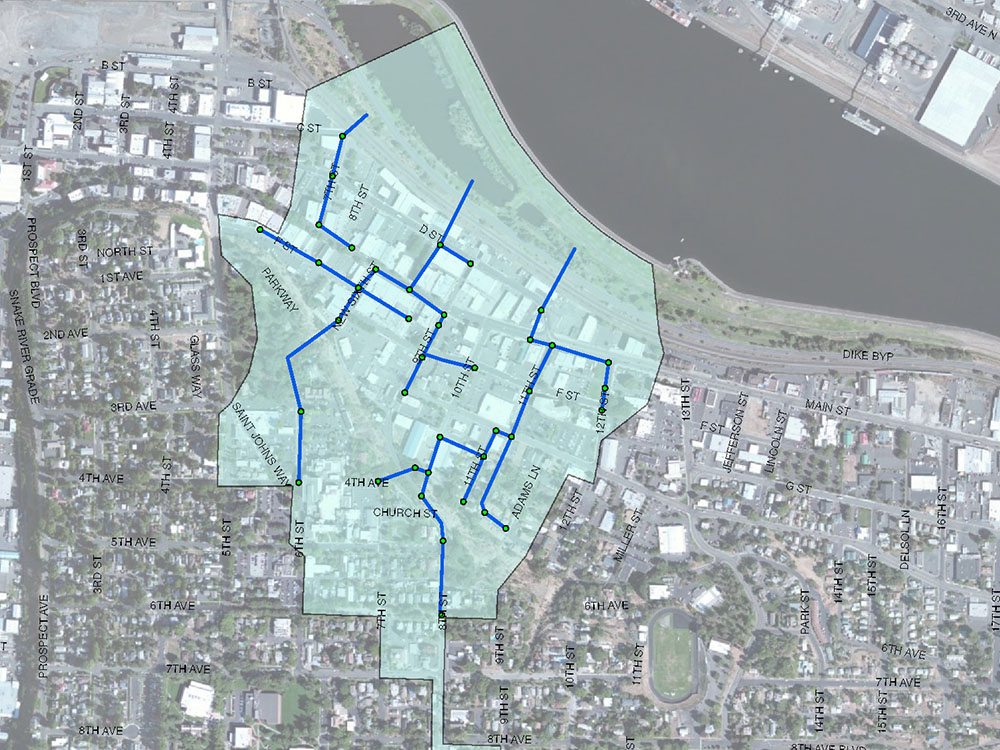 The City wanted to apply for grant money to help alleviate the problems. J-U-B helped them perform the initial analysis and prepare maps to show the potentially affected areas to include in the grant application.

J-U-B completed the fast-track analysis for the City of Lewiston to include as part of a FEMA Hazard Mitigation Grant. A storm water model was used to establish inundation areas and to determine base flood elevations for various businesses and properties in the City’s 9th Street sub-basin. Project engineers converted the previous model from HYDRA to InfoSWMM dividing sub-catchments as required to obtain appropriate detail for the analysis. To minimize design costs, J-U-B worked closely with City survey to verify system elevations. Inundation areas were mapped and a mitigation plan was developed. The resultant recommendations of the report eliminated a railroad and bypass road storm water crossing at significant savings to the City.